One of the really fun things about playing traditional music is joining the community of musicians around the country, and being able to pick up your fiddle and play tunes with people who you otherwise might never have met. Being able to learn and play by ear opens up many different opportunities to playing only from written music.

If you’re used to playing with written music it can seem daunting to try learning by ear. Here are some hints that will make that process easier.

Listen to music as often as possible
Much of our traditional music is written in a way that makes it very accessible to listen and play. I’d recommend listening to as wide a selection of tunes as possible, in the style of the music that you want to learn. Many Scottish traditional tunes follow a very similar structure – they are broken down into different parts – commonly 2 or 4 parts to a tune. These would  commonly be referred to as A and B parts of the tune in a 2 part tune, with C and D parts as well if the tune has 4 parts.

You’ll see from the pattern above that some of the phrases are repeated. When you’re learning a new tune, this is a really useful bit of information!

When I’m teaching tunes I’ll often refer to the first phrases in any part as being the ‘question’ and the following phrase as being the ‘answer’ Once you start listening to tunes, you’ll hear that the ‘question’ phrase doesn’t sound like a finished piece of music – your ear tells you there’s still some more music to come. And the ‘answer’ part of the tune has a tendency to sound more final – your ear tells you that you’ve come to the end of the ‘sentence’.

The reason it’s helpful to understand a bit more about how tunes are commonly structured is partly to do with how we learn – the human brain is designed to look out for patterns – it makes it much easier for us if we can make some sense of what we’re hearing, and also allows us to begin to predict the likely route the tune will take. If you watch musicians playing in a  session, you’ll often see the more experienced players listening intently the first time a tune is played, perhaps tentatively picking out just a few of the notes, and then joining in with confidence the second time round the tune. There’s nothing particularly complicated about this – the brain is simply using it’s extensive experience from previously learnt tunes, and understanding the patterns that tunes commonly follow.

In the early stages of learning by ear, you will find your teacher will guide you to some extent, telling what notes to play (either by naming the string, or the finger, or both, or by naming the note. Ultimately you are aiming to build connections between hearing the pitch of a note and automatically knowing which finger needs to go on which string to play that pitch. There are some useful exercises you can practice that will help build these links faster.

Playing scales: Once you can play a scale from bottom to top, try to play the scale really focusing on listening to the pitch of each note as you play it. Do this several times, then try humming a random note from the scale, and see if you can find it. If you can’t find it easily, keep humming the note, and play up the scale again until you find it

Playing notes with different pitch intervals: Instead of playing straight up a scale, try playing alternate notes. One of the things that can be difficult about learning new tunes is knowing what note tune is moving to when the notes played are not consecutive notes in the scale.

Sing the tune before you start to learn it: When we learn a new tune by ear, we’re often trying to play something we’ve never heard before, so we’re not only trying to find where the notes are on the fiddle, we’re trying to remember where the tune is going as well. If you listen to it until it sounds more familiar, then sing the tune through a few times before you start to learn it, it makes it much easier to remember what the phrases sound like when you come to try to learn to play it by ear.

Start by learning a few tunes you are already very familiar with: this is easier to do if you’re having one:one lessons, or doing some learning at home on your own. Similar to the above point, if the tune is in your head when you come to learn to play it by ear, it’s a lot easier to find the notes.A good place to start is simple nursery rhymes or Christmas carols.  Tunes like Twinkle Twinkle Little Star or We Wish You  a Merry Christmas work well.

Listen to rhythms:
Once you are a bit more familiar with tune structures, you can start to listen to the rhythms within tunes. Try clapping along to tunes – where is the beat (the place you instinctively want to clap)? Scottish traditional tunes have all sorts of different rhythms, with reels, jigs, strathspeys, marches, polkas, hornpipes, retreat marches, waltzes, airs and so on. Beginning to hear these rhythms and what distinguishes one from another plays an important part in being able to learn fluently by ear.

Believe it’s possible: One of the biggest barriers I come across when people first start to learn by ear is not believing you can do it. Many of us have developed patterns of thinking that don’t serve us well when we’re trying something new. If you feel you’re getting completely stuck with playing by ear, stop for a moment and think about what you’re telling yourself about it. Are you telling yourself you’ll never be able to do this, you’re not gong to be a musician, you’re too slow, tone deaf….or are you being more gentle on yourself and acknowledging it’s difficult to start with but that you will get there if you persevere? When you think about learning to play by ear, the easiest way to make the process successful is to be able to focus totally on the music you’re hearing as you learn. If you have a competing critical inner voice vying for your attention, it gets in the way of being able to fully listen to the music.

I’m still surprised how often this last point is the barrier for people who struggle with learning by ear. Be kind to yourself!

Have you found this website useful? Please consider donating to support me to continue to build further resources - thank you! 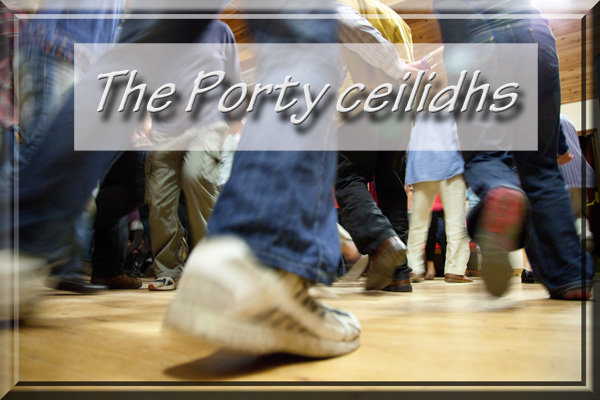 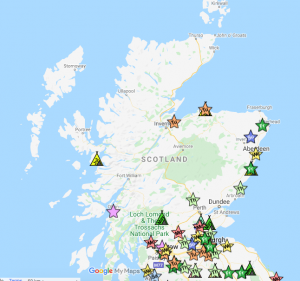 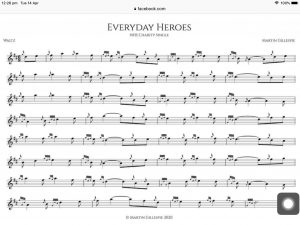 Play with us on Thursdays at 8pm!